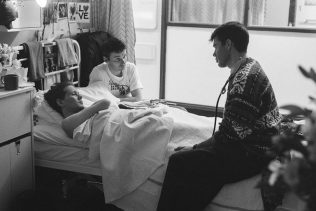 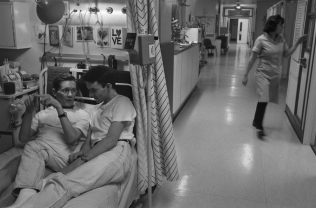 From the early 1980s, HIV and AIDS had a dramatic impact upon healthcare workers and healthcare services.   Even before the health services were aware of HIV/AIDS, patients were being admitted to hospital with symptoms that even the most experienced  senior clinicians could not diagnose.  Patients were young, acutely unwell and frightened.  One nurse who was working on an acute medical ward  reflects “we just didn’t know what we were dealing with. It was extremely distressing for all involved”.

Once the cause of AIDS was identified, a test became available that diagnosed the HIV infection. Those early days of the epidemic were surrounded by fear, stigma and uncertainty from all areas of life. Examples include ambulance workers refusing to take patients who they thought had AIDS, hospital domestics not wanting to work on the wards that cared for the patients, funeral services refusing to take patients who had died, if they thought they had AIDS.  Nurses and doctors were also among those who refused or reluctantly cared for patients with HIV/ AIDS.