Being open about death 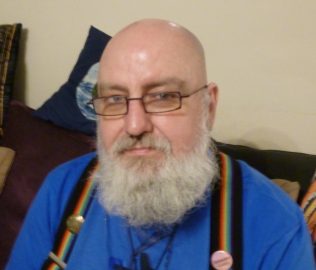 Ricky was working as a nurse at the London Lighthouse and describes how they managed death on the unit.

“When you, it’s time to take them down to the mortuary, which the nurses ran by the way,  you didn’t confine them to the room, you’d just say, John H has passed away.

We’re going to be taking them down in a moment.  If you don’t want to see, then you might want to stay.  If you want to come out and say goodbye to him, we’ll be in the corridor.’

And the fact that when you took them down, you only covered them up to the chest, their face and the upper half of their, the rest of their body, their face and their shoulders, was left open, there was no covering of face and hiding, because it was like, well why do we cover somebody’s face?  And it’s like, some people will say it’s respect, and other people, well, because then we don’t have to look at a dead person.

And we’re saying, no, we’re going to confront death, and we’re going to try and deal with managing how people deal with that emotionally, rather than hiding it away.  Because, the other people in that unit may well also be facing their own death, so how do you help, lead them towards what would be seen as a good death.”