Learning from the 'unknowns' 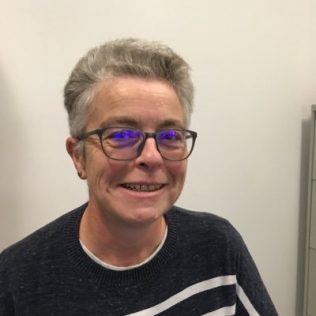 Judith was an HIV midwife in Newham when an HIV pregnant woman was admitted in crisis, she describes what happened.

“The only disaster was not a disaster around poor management or poor communication.  It was a woman who was already known to be positive, but she was known to HIV services,   became pregnant.

She was admitted to the delivery suite and we were told she had come in with a panic attack. Me and Ade Fakoya, went to see her, and she was having a, a really really serious reaction to her drugs. And, she had a, emergency caesarean section to deliver the baby, and both she and the baby died .

My memory is, is letting me down at this moment, I think it was possibly d4T.  It was one of the drugs that is now not used in pregnancy at all, and she was, I think, thefirst case where this had happened. And, she was in intensive care for quite a few days, and eventually died which was a terrible tragedy, and the baby died soon after birth. In fact I held the baby until it died.

That was a big moment in a, for everybody. I mean Ade was devastated by that. It’s all been written up in the literature now, and it’s, it’s a very well-known case, of, of that very unexpected drug reaction, and I think, that’s one of the things that’s been, so interesting, being involved in this.

Learning from ‘the unknowns’

There have been, firsts that people didn’t know would happen, because, we’ve gone from a knowledge base of nothing to this incredible wealth of knowledge in a relatively short space. Unfortunately, that’s happening to real people, it’s, that’s a terrible thing, but it’s also really interesting to have been part of learning about something in that way. And we know it because of that person, that I knew.”