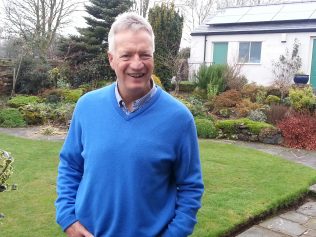 Alastair was a Doctor in HIV and here is talking about the importance of the advances in viral testing and HIV treatment.

“The other big thing that came out of Vancouver was this ability to measure a thing called viral load, and that was massive.

Ten years of not knowing if treatment was working

I mean, you know, it was, seems bizarre now when, again when you talk to junior trainees in HIV now, and you’re saying, you know, for, you know, from ’86 to ’96 were ten years we were treating HIV with antiretroviral drugs, but we had no idea whether they were working, because we couldn’t measure HIV. You know, we, we didn’t know how much HIV was in the blood.

So this, this ability to measure how much virus was present in the blood and monitor that, and look at its response to antivirals, was, was huge, in some ways even, perhaps even more important than new drugs that became available.  But those two things sort of, happened together and were synergistic and probably you couldn’t have had one without the other.  Because you suddenly had drugs that really would suppress the viral load.  So that was massive.”