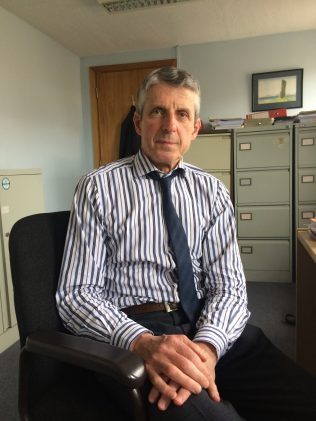 Out on a limb
Interviewee: Roy Robertson. Interviewer: Debra Hearne

Roy was a General Practitioner in Edinburgh. He talks here about the challenge implementing health prevention strategies.

“And I visited this chap, Jim Henderson, who ran a surgical supply shop in Edinburgh, because somebody had told me that he sold needles and syringes.  And I went along to say to him that maybe he shouldn’t do this.  And he said, he said, well, you know, he was horrified, he was absolutely horrified by people coming in and asking for glass pipettes, and, or buying syringes, saying they were diabetics, and…

So he said, well, he thought he maybe should just give them some supplies.  So he started selling them in, in ones and twos. And then, he thought, well, people came in to buy a box of 100 needles and syringes, and he thought, well why not? … And people came from Glasgow to his shop in Bread Street in Edinburgh.

Warned by the police

And then the police came along and took him down to the local police station and told him that he would have to stop or else they would prosecute him.  And he said, well he wouldn’t, because, he thought that it was a public health issue.

And interestingly, he hadn’t gone to anybody else, and he hadn’t sort of, phoned up the public health department and said, you know, ‘What do you think about this?’  He just, he just thought he would, he would go out on a limb. And, and I thought, well that was pretty admirable, you know. So we should maybe do that.

And then he went bust, he went bankrupt, and left.  And it wasn’t…  Years later I contacted him and he didn’t even know about the problems that emerged subsequent to that. When his shop closed down, there was a crisis.  I mean we know now that there was a little, there was an epidemic of HIV – of hepatitis B infection, easily, easy to locate.