Relating to our hospital colleagues 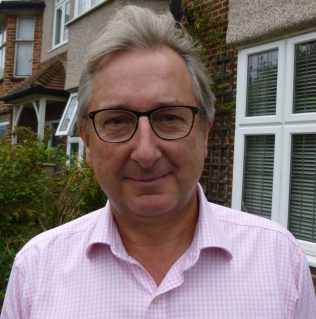 Simon, an HIV Consultant, speaks about the fear and prejudice shown by colleagues in other specialties in the 1990s.

“1990s.   I think we were talking about why, how we related to the rest of  the hospital. I think some people were in, in fear of our patients.  People were still worried that they might get infected themselves, we might, we might be contaminated.

There were still,  people who felt a disproportionate amount of resource was being put over to, homosexuals and, black people, and, injecting drug  users,  are you worthwhile to be treated, invested in, given a special ward, special doctors, special nurses, special pharmacists, what’s all that about?

We, we didn’t just get given it; we fought for it, because it was the right thing to do to respond to the AIDS epidemic.  It wasn’t something that we had got given out of some sort of, sympathy. People fought for creating a service that hadto be different, because of the nature of the condition, the threat which it posed, and, and of course the, the attitudes of many of the people who would not have given it any resource if it had been allocated on the basis of what the NHS provides.

So, I think we, we as a group,  doctors but across healthcare, people wanted to respond to the problem.  And thankfully we found politicians like Norman Fowler and others who, who kind of, helped us do that despite the system. So yeah, it was a, it was a time where you felt you were, you were fighting for things, but every time you got given something, we would put it to tremendously valuable use.”